The Case for Electric Vehicles 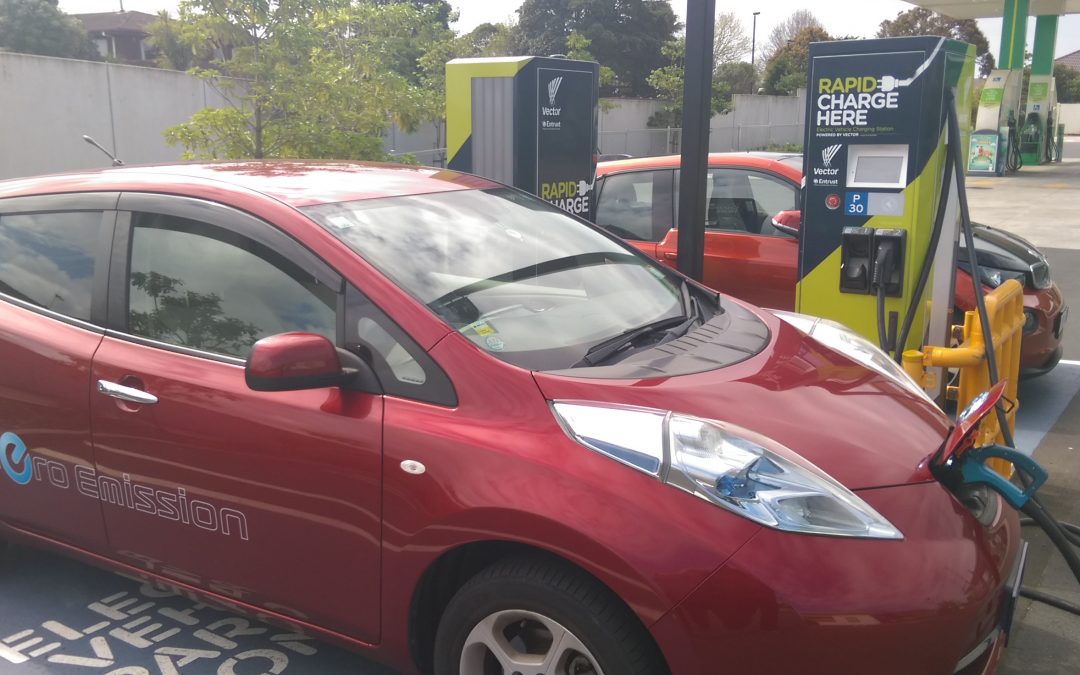 Only ten years ago if you wanted an electric car you would need to build one yourself. In a EV event I attended in 2008 an owner explained why they were so awesome. His arguments remain true today.

Compared to petrol electricity will cost about one fifth of petrol. In fact even this can be reduced if you change your electricity plan at home to a EV plan which allows you to utilize low overnight rates. Not only will this kind of plan allow you to get cheap power to charge your car, but will also allow you to run other high use applications such as washing machines, driers and dishwashers in off peak to get even more discounted power. This is a substantial annual saving in fuel costs. In fact these savings can cover capital outlay for the car in about seven years.

The ability of an EV to displace carbon emissions is substantial. In New Zealand we generate about 80% of our electrical power through renewable resources, primarily hydro power. By using electricity rather than petrol as a energy source you are displacing 100% of the carbon emissions that would have occurred if using petrol. Solar panels by comparision will at best carbon when it displaces the need to run the gas power stations. Thus while installing solar power may feel like helping the planet when you compare the actual CO2 displaced per dollar invested an EV comes out way ahead.

It should be noted that in major cities like Auckland you can also utilize the train system which is now electric. Using trains where available will have the same environmental benefits as an EV in displacing CO2 emissions. Moving away from fossil fuels for transport is only a part of the larger picture of course. The warming of the climate is primarily driven by release of CO2 from previously sequestered carbon. Methane from animals contributes to warming, but is not actually resulting in more carbon in the atmosphere.

While there are personal cost advantages of using electricity over fossil fuels there is also a flow on advantage to the New Zealand economy. Electricity generation occurs in New Zealand, and so using this resource does not require us to import energy from outside New Zealand. Petrol on the other hand is a product sourced from other countries. We are in many ways at the mercy of the international oil producers for operation of our economy. Increases in the price of oil can adversely affect our economy.

By replacing fossil fuel based transport with electrically powered transport we can improve our trade balance and potentially pay down international debt. Wouldn’t it be good if we could keep more of the wealth from what we produce in New Zealand rather than shipping it off to oil producers?

Remember that these oil producers are countries like Saudi Arabia which have poor human rights records and that are theocracies. Because of our dependence on their products we cannot really apply diplomatic pressure without endangering energy supply.

But what about the capital cost?

Right now buying a EV will cost you more than a similar petrol car in terms of the initial price. Typically you can buy a imported Nissan Leaf from about $15,000. A Leaf does not have a huge range, but is ideal for a commuter car in the city. Typical use will save you around $2000 in fuel per annum. In less than three years the EV has paid back the initial capital difference and in eight years it has paid back in fuel savings the entire capital outlay.

It should be noted that this equation might change with the introduction of road user charges which will be phased in for EV in 2021, but we still expect substantial cost savings over petrol.

This means that increasing a car loan amount and repaying the loan with what you would have otherwise spent on fuel is a sensible economic decision.

Some people are concerned that the battery in a EV will last about the same as your average mobile phone. This is not the case. The rate of degeneration of EV batteries is far slower than a mobile phone, typically in the range of a few percent each year.

EV makers are learning how to best maintain the health of batteries, and so there has been a substantial improvement in degeneration rates. The Tesla Model S has had minimal degeneration over their lifetime, while the Leaf which was a early generation of EV has experienced degeneration of about 40% over 8 years.

Batteries are storing more and getting cheaper partly because of technological improvements and partly due to efficiency of scale as production ramps up.

Isn’t making them damaging to the environment?

The primary difference between a petrol car and electric is the battery and electric motor. Unlike a petrol car with essentially a hollow container for a fuel tank the EV battery makes up a large proportion of the cost and weight. Construction of them requires metals such as lithium and cobalt. It is certainly true that extraction of these minerals has an environmental impact. This impact is however nothing even remotely approaching the environmental harms of oil extraction and the entire fuel supply chain to the pump. Oil needs to be extracted, transported, refined, transported again, before it ends up in a car which only uses about 30% of the energy for actually moving the car. An EV on the other hand uses about 80% of the energy supplied to the battery to move the car. As discussed above the EV is not the only option people have. Electric trains are even better as they don’t involve a power storage step involving these minerals and do not push along a separate hunk of metal for each passenger.

Why should Rationalists and Humanists Care?

As a organisation which has an interest in promoting reason and evidence based policy, and in the face of a clear and present danger from climate change driven by human emissions of greenhouse gases we need to have a clear evidence based position. If we care at all about the future of humanity we need to promote a proactive and positive policy that will address the challenges of climate change.