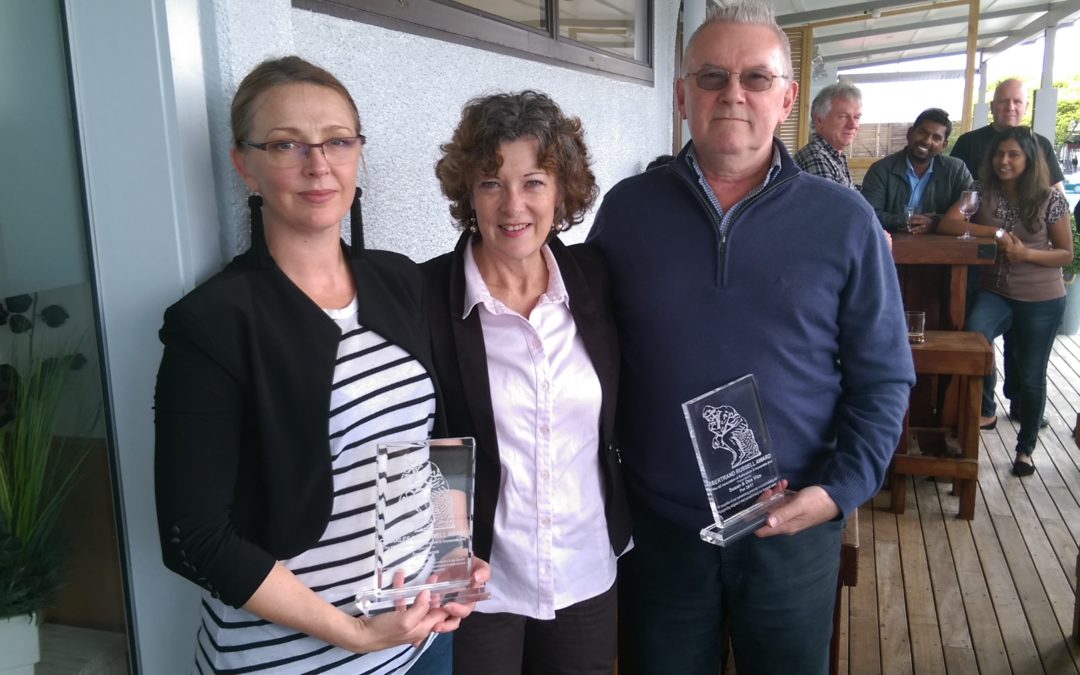 November was a pretty busy month. We held the annual ‘dinner’ at the Bays Club in Browns bay where we awarded Susan and Des Vize the Bertrand Russell Award for hosting a family who fled Saudi Arabia to avoid the consequences of being an atheist in that country. The Vize family hosted the refugee family for six months.

Judy also has provided significant personal assistance in helping the family find housing and employment, which is no small problem in Auckland. Recently the father gained accreditation for his qualifications and is now employed full time in his profession. This is not to say the path for refugees is easy in New Zealand. But I am honoured to be part of a organisation which has provided the assistance required to make this all possible. Many people gave donations and other assistance.

Also presented was the Charles Southwell Award to Tanya Jacob for her efforts in the Secular Education Network. She has been at the forefront of this effort, working with David Hines on compiling a huge amount of evidence for their case in the Human Rights Tribunal.

She has been active in organising handouts at school gates. In fact when she was in Auckland several NZARH members took the opportunity to help her deliver leaflets in front of a primary school on the North Shore. This was quite a success, engaging with parents and afterwards discussing the issue with the principal of the school.

In the last week of November I attended the Skeptics Conference in Wellington. This was an excellent event with many great speakers. Dr Alison Campbell, Senior Lecturer at Waikato University, talked about the history of evolution education in New Zealand. It is clear from her talk that there is still some way to go, with many religious schools failing to teach the basic evolution curriculum.

Dr Joseph Bulbulia from Victoria University talked about the way religious belief is evolving. While New Zealand has become less religious over time this is not true world wide. He talked about drivers for change, including the differences in birth rate between countries and the conversion rate. Young people tend to change their religious point of view and can be converted, while older people tend to be more resistant. This means that while there has been a movement away from religion the rate of change will tail off, even in New Zealand. We should therefore not expect to see a continued trend in the census of religion going all the way to zero. 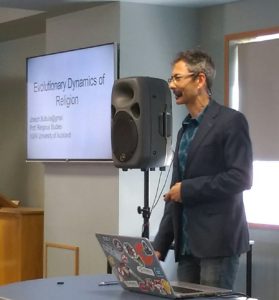 Earlier in November I facilitated a discussion about Artificial Intelligence Ethics at NetHui, a conference run by InternetNZ. Increasingly this subject is transitioning away from esoteric or academic study of future threats to dealing with the very real negative impacts artificial intelligence is already having on everyday people in the present. Prior to this I had also presented on ‘Raising Robots’ to the Unitarians.

While I had originally segragated my interest in artificial intelligence from my work with the NZARH the impacts it is having on society is driving the ethical considerations to the forefront. While many are quick to say we cannot know the future what is certain is that the technology we have now is already having unforeseen impacts that require us to have a discussion about how to address them.

Clare Curren, the incoming Mininister for Government Digital Services discussed themes in her address to NetHui that were broadly aligned with the NZARH objects of open evidence based policy. They are aware of the challenges automation bring. 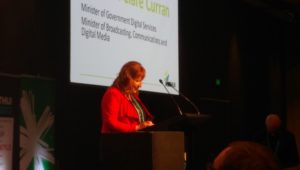 In summary it was an interesting November.