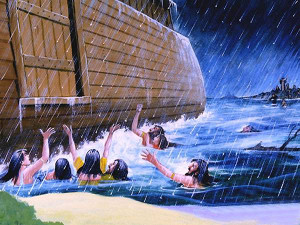 The Secular Education Network (SEN) will be taking our message to the wider community in a nation wide television campaign. We are calling on our supporters to help us in two ways.

If you are an animator or know one that may be able to help us we would like to hear from you. We plan to make a thirty second animation.  We have secured funding for the advert production, although if possible we would like to engage a SEN supporter for this work.

We are calling on all our supporters to donate money to air our campaign. Every dollar donated will be used to secure airtime on national television to run our adverts. Without the support of those who believe we should respect freedom of religion in New Zealand we will not be able to air our adverts. Please use the Donation Function on this page to contribute to this campaign.

SEN have previously run Facebook and Google advertising campaigns, which have reached hundreds of thousands of New Zealanders. We have over 6700 people following us on Facebook. The executive team of the SEN decided late last year to work towards a new advertising approach; television.

While we have secured limited funding, this campaign will require substantial funding to reach people. Ideally we would like to raise at least $10,000.

The animation format of the advert was decided in order to avoid using identifiable children. Even with parental consent we do not wish to make children targets of intolerance or bullying. A animated approach gives us more latitude for creativity and impact. The intent of the advert will be to educate New Zealand parents about what is happening in religious classes and to dispel the perception that they are simply values classes.

We intend to run these adverts at times when parents of young children are watching during the day, perhaps breakfast TV. This time is also less expensive than prime time when there is a wide demographic watching. But without your donations this project will not make it to air.