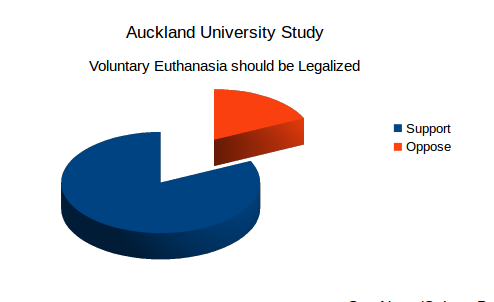 The NZARH has an interest in representing the rights of those without religious beliefs. We wish to ensure that the religious beliefs of others do not impact our own human rights. As an association which places compassion and humanity at the forefront we wish to ensure that Government policy is humane. While laws around prohibition of ending people lives are consistent with a humanist view, we believe there needs to be an exception for end of life choice for the terminally and chronically ill.

The reason killing people is illegal is because it is almost exclusively against the will of the victim. However, in the case of the terminally and chronically ill we have people who are expressing their express consent to being euthanized. Thus the term ‘voluntary euthanasia’.

Those who do not believe people should have a right to end their life condemn others to suffering and pain on the basis of their own beliefs rather than respecting the rights of those who are directly affected. We speak for those who want the choice.

We distinguish between those who are suicidal and those who are terminally or chronically ill. These people are different from suicidal people in two important ways.

They have not chosen to die. If you ask a terminally or chronically ill person whether given the choice they wish to live a long and healthy life there would be no question of the answer. But this is not an option open to them. Currently they have no choice; they will be kept alive for as long as possible, regardless of the suffering and pain experienced.

They do not have the capacity to kill themselves because they are ill. Suicidal people have a choice. They can choose to commit suicide without aid. People with a terminal illness often are not able to take action to end their life without aid. They are no suicidal because a long healthy life is not one of the options available to them. What they really want is the choice available to shorten the pain and suffering they must endure.

Having no choice is Torture

What does it mean not to have the choice? It means that we are keeping people alive against their express wishes and in full knowledge that they are suffering.

Definition: Torture is the act of deliberately inflicting physical or psychological pain on an organism in order to fulfil some desire of the torturer or compel some action from the victim1.

In this case the action being compelled from the victim is to simply live. We are imposing continued life on the subject against their express wish, and as a direct consequence causing unconscionable suffering simply to satisfy the ideological beliefs of others.

We also have a right to life, however as discussed above in the case of the terminally ill life is not open to them. The only choice is how long they suffer before death.

The Harms of having No Choice

There are a number of harms caused by having no choice.

The first harm is the unnecessary direct pain and suffering experienced. If people have a choice they can decide when the level of suffering is so great that continued life isn’t worthwhile. When stripped of this right they must simply endure the torture until they die. It is difficult to see how any moral compassionate person could impose this.

Having a loved one kept alive against their will is very disturbing for those who care most. When you know someone wants to end their life, that they are suffering, but that you can’t act without endangering your own freedom, a great deal of stress can be imposed. A terminal illness may take months to finally kill someone. A death will never be a happy occasion, but it is worse to watch impotent as your loved one is tortured by pain and suffering with no escape. This can cause depression and even lead to suicide.

Lecretia Seales attempted to gain legal authority to end her own life on her own terms, but failed4. Matt Vickers, her partner described telling her that the challenge had failed, saying “Even though she couldn’t speak, she was able to share her feelings through her expression. There was no mistaking her response. She was hurt and disappointed. She fixed me with a stare with her good eye as if to say ‘Isn’t this my body? My life?’ Her breath slowed and she turned her head away. Her reaction utterly broke my heart.”

Imprisonment of the Compassionate

There have been multiple cases of family being imprisoned after helping their sick loved one euthanize themselves. Sean Davison was a good example of this, writing a book about how his mother died. His mother had tried to kill herself through starvation, but this approach had failed. With his mothers clear determination to die Sean prepared a glass of crushed morphine tablets and gave it to her saying “If you drink this you will die.” Before drinking the contents of the glass his mother replied “You are a wonderful son.” He was prosecuted for aiding his mother kill herself.5

Lesley Martin was jailed in 2004 after writing about how she gave her mother a morphine overdose and smothered her with a pillow. She claimed that this was an act of compassion, however because there is no way in New Zealand to end life legally the option of a clearly voluntary consent process was unavailable.

Can Care Mitigate the Need for Choice?

We need to remember that choice is not obligation. Palliative care provided by hospices and other care organisations no doubt provide professional services to the extent modern technology enables them to. There is an argument that palliative care mitigates the need for people to have end of life choice.

However, we need to examine whether care can alleviate all pain and suffering by the terminally ill. Let us first examine what the objective of palliative care is about. According to ‘Pain Control in Palliative Care’ by Sonia Ross, Dr Trevor Walker and David Woods the aim is to ‘optimise quality of life right up to the moment of death’.6

While it is possible to administer analgesic drugs depending on the amount of pain experienced, the final treatment is typically increase of morphine until the patient is no longer conscious. Once someone is under continuous sedation through powerful pain killers it may be that they would rather die than experience ongoing suffering. In fact they may wish to end their life long before this stage if they feel the only future is suffering. Analgesic drugs, however effective, cannot actually save people; they are in effect a empty justification for prolonging suffering.

Pain is not the only reason someone may wish to end their life early. Diseases can cause all kinds of other disability, robbing people of quality of life and making them dependent. While we like to make heros of those who try to overcome debilitating diseases one needs to question whether we have the right to deny them the right to choose for themselves. When disability robs people of basic quality of life should we not give them the right to self determination?

While death is not pleasant for anyone many religions add elements to death which make it terrifying and distressing. Concepts such as hellfire and eternal torture motivate people to oppose end of life choice because they believe that their deity will judge those who commit suicide and send them to ever lasting damnation.

Many Christian denominations believe that ‘God is the giver and taker of life and that His will in such matters takes precedence over man’s will.’ They believe suicide is a sin, and that because it is the final act there is no opportunity for redemption before God. Not only do they believe this personally, but they seek to ensure that the state involves itself, ensuring that nobody commits the sin of suicide, even when presumably it is their god who delivers judgment through disease. The state should not permit superstitions to be imposed on others. If we have freedom of belief we should be free of others imposing policy founded in religious doctrines of an afterlife.

In 2009 I wrote the following article after the death of a beloved pet.

This week has brought into sharp relief how we have a better idea of how to treat our pets when it comes to death than we do the people in our lives that we love.

This week our family cat Bingo, which has been with my wife’s family for 16 years, had to be put down. We all loved him very much, and it was a hard decision, but in the end he had those that he loved with him at the end. Ending his suffering was the humane and loving thing to do. To allow him to die alone and in pain would have been cruel and even more heartbreaking for those involved.

All of my grandparents have passed away. Every one of them slowly deteriorated over months. Seeing your parents or grandparents deteriorate slowly is heartbreaking. My mother took most of responsibility for my both my Grandmother and Grandfather, and it has taken a huge toll on her.

Just like with our pets we know that death is not avoidable, and that our loved ones will not recover. We know that the pain and suffering will only end with the release of death. Yet somehow, as a society, we do not have a way for people to end their lives in a loving way.

We give our pets the love and respect they deserve; being there are the end, comforting them. People however die in the dark alone. There is no way to arrange a death without putting your family at risk of imprisonment. Today in the NZ Herald I see that a man killed his mother with an overdose of morphine when she was dying of cancer. Was this the act of an cold blooded killer or that of a loving and compassionate son?”

In his story his mother has been suffering from cancer and asking people to kill her. She had tried a hunger strike to end her life and failed. Her son crushed up some morphine tablets and put them in water. Before giving her the glass he told her directly that she would die if she drank the glass of water. She told him he was a wonderful son. Now, this may be fiction – but it is perfectly credible. The main problem remains; that people have no right to die on their own terms, and that the lack of a legal framework means that those who love enough to help end suffering are punished. How is it any different than what we just did with our cat?

Obviously there needs to be a legal process around this. I am not suggesting that people be allowed to terminate the lives of their loved ones without stringent oversight. I would like the right to die on my own terms. I don’t want to go through what my grandparents did.

It is a open secret that people in rest homes can be noted “not for resuscitation”. But is this really good enough? I want to have those that love me around me when I go. Not only to comfort me, but to get closure for them. There should be a way to do this legally. For many cases people will be able to give explicit permission. For others we might need some kind of document which specifies the conditions under which a person consents should they become incapable of consent at the time.