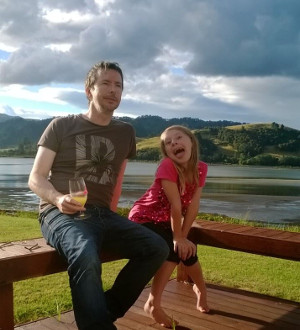 A parent at Red Beach Primary School has filed a complaint with the Human Rights Commission over the religious instruction program called ‘Values in Action’ run by the school. McClintock says that when he picked the school he did so over other schools in the area with religious programs. Despite the school not making it clear that the ‘Values in Action’ program was religious in nature McClintock was suspicious of the program and attended it himself. It was after seeing the class that he opted his daughter out. After sending written instruction opting out his daughter was still included in religious instruction.

His son is now approaching school age, and while the school has made a minor change to the forms used to seek permission for children to attend religious instruction they have not addressed the discrimination experienced by children who opt out. Children who do not take part were treated in a similar way to detention. Young children feel that they are being punished and have little understanding of why they are being excluded.

In the complaint to the Human Rights Commission McClintock says “The public expulsion of my children from class to make way for Religious Instruction exposes my young children to contempt and embarrassment.”  He raises the issue of the lack of teaching qualifications held by religious instructors, and the way that these instructors are abusing the trust children have in teachers,

McClintock believes that a modern multicultural society like New Zealand should be tolerant of all faiths, saying “given the multicultural nature of modern society and the statistical decrease of Christian religious affiliation in Red Beach, I see no secular reason to reduce the schools opening hours for the purpose of instruction in one particular religion.”

What does he want to achieve? In his complaint he says “I would like Red Beach School to provide equal access to education regardless of a pupil’s religious affiliation or ethical belief. To communicate honestly and clearly with parents and caregivers regarding any sectarian religious instruction or observances. I would like any future board decisions on religious matters to include good-faith, unambiguous consultation with parents and caregivers including a full disclosure of any religious or sectarian nature of any proposed programmes.”