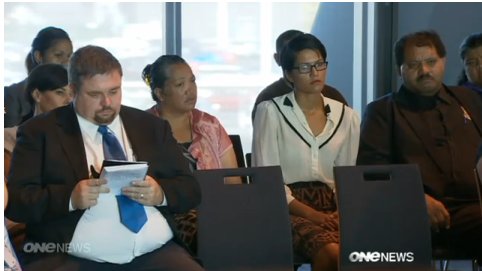 On Friday February 22, 2013, Peter Harrison gave the following speech to the Education and Science Select Committee.

Many policies developed in isolation from the available evidence, or initiated and continued in the absence of monitoring and formal evaluation of impact and effectiveness, may well be ineffective in meeting their primary or secondary policy objectives and in some cases may even have unknown and unexpected adverse consequences.

Our association strongly supports and education system that is inclusive of all children, respects freedom of belief and fosters critical and innovative thinking. Our vision is of an education system that is both capable of giving our children the tools they need to meet a technological future and the foundational values that will support a compassionate and humane society.

We are concerned that the proposed Partnership Schools will not support these goals.

The Government has questioned the quality of education in New Zealand, identifying a tail of poor performing students, saying:

Charter schools are one of the new approaches we need if we are going to address educational underachievement, and ensure five out of five young New Zealanders succeed.

Despite the claim of research supporting the Partnership School model no papers have been cited by the Government in support of its position.

Independent Research has shown that New Zealand has a world class education system close to the top of the OECD.

The country of origin of the Partnership School model, The United States, is rated far below New Zealand and dropping.

By comparison Finland who is at the top of the OECD educational rankings has a strong commitment to its educational system which is high quality and universal. It is a system that supports the professional development of educators. Teachers in Finland have a similar status as Doctors.

In a very real way the experiment has already been done, and the results are in. Finland’s educational model is demonstrably better.

If we are really concerned with educational outcomes in New Zealand why are we here today conducting an argument about Partnership Schools?

The reality is that Partnership Schools were a policy imposed by a minor political party, in return for its support of the Government.

It is not a policy to improve the educational outcome for New Zealand children, but rather the imposition of policy from the edge of the political spectrum. Far from being rooted in evidence and the good of the country, its inspiration comes from the evangelical deep south of the United States.

Pacific Christian School , Living Way Christian School, Little Ark Early Childhood Education Centre, the list of organisations interested in running these schools betrays the reality; that they will primarily be evangelical religious organisations. The proposal as it stands will permit these organisations to use unqualified instructors in place of qualified teachers.

They will be instructing students in an environment without the same requirements around reporting and transparency as other public schools, being exempt from the Official Information Act. They will be able to choose their own curriculum, even if that curriculum has little to do with preparing students to enter the world with an understanding of our technological world.

Perhaps I can illuminate the situation by way of an analogy. Imagine if the Government of the day declared that the road toll was too high. Anyone taking the trouble to find out the truth would discover that the road toll was actually one of the lowest in the world. But just because it was low doesn’t mean it couldn’t be lower, and so we listen further to what the Government has in mind.

Tricycles will not need a warrant of fitness. Instead a warrant of fitness will be optional. Tricycles would also not require the driver to have a license. Only those driving vehicles with four wheels or more would need a license. Furthermore the road code would be deregulated so that Tricycles drivers could ignore road rules, dramatically improving choice for Tricycle owners.

This scenario may seem ludicrous. Who in their right mind would take away all requirements for safety checks on vehicles? Who would propose that drivers not be properly trained before getting behind a wheel of a potentially deadly device? Who would recommend that we do away with regulation that allow our roads to function smoothly? And would anyone predict anything other than complete chaos on the roads if this policy were implemented?

It appears to me that we face the same kind of situation in the Partnership School proposal.

If we consider it important for a car to have a warrant of fitness before we get behind the wheel how much more important is it that our schools are also examined and scrutinized to ensure that they also are fit to teach our children?

In the case for Partnership Schools the State has simply not met the burden of proof. Surely it should be the politicians presenting a cogent and compelling case supporting such a program? We can see no connection between the policy objectives that this program has been proposed to address and any objective evidence indicating it will support that objective.

We do not see robust evaluation processes that will allow a proper evaluation of the outcomes. In fact we see the opposite; a deliberate attempt to reduce transparency and accountability.

We believe there should be a wider evaluation of policies that might be employed to address the stated policy objectives. We believe that evaluation should be rooted in objective evidence that can be found throughout the worlds education systems.

We do not believe we should move ahead with the currently proposed Partnership School model.

Ideally we should not be giving evangelical religious programs privileged access to vulnerable children at all during normal school hours. There should be no loophole in which schools are in a never never land where children are required to be in attendance while the school is technically closed.

We appreciate the opportunity to present our position. May we all honour ourselves today in striving to serve our community.