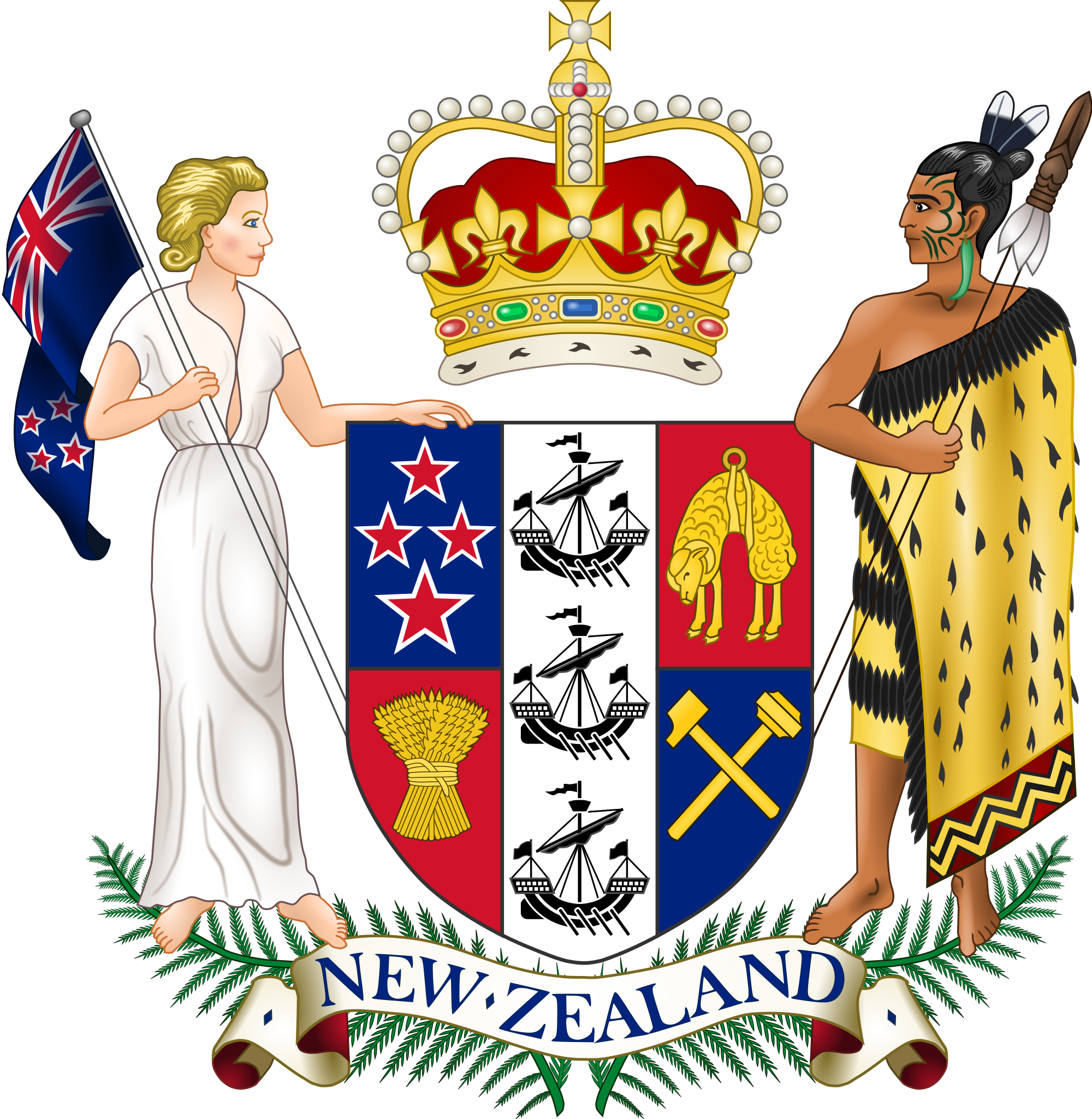 We recommend that the Government repeal clause 78 of the Education Act 1964 headed ‘Religious instruction and observances in State primary schools’.

We recommend that the Education Act be made consistent with the New Zealand Bill of Rights and Human Rights Act, in that they should not enable discrimination on the basis of belief, nor be seen to endorse specific belief systems, not even through the proxy of school boards.

Who are the New Zealand Association of Rationalists and Humanists?

The objects of the NZARH are:

Our organisation is one which speaks in support of human rights, including freedom of belief and freedom of speech. Our organisation was formed in 1927. The Association came to prominence by defending the rights of non religious parents in state schools.

During the Second World War, the Association campaigned for the civil liberties of the Jehovah’s Witnesses, who had been banned by the government because they were thought to be a threat to the war effort. We also advocated the rights of conscientious objectors, even though the Rationalists themselves were overwhelmingly in favour of pursuing the war effort vigorously. Rationalists have often supported the ‘underdog’ when they themselves have been subjected to persecution.

In summary we have a long history of representing the rights of the non religious, and freedom of belief in principle. More recently we helped form a support group for parents and their children who have been victims of religious intolerance in state schools. This group is now largely independent, and involves a broad range of people from various faiths, including Christians.

The Interest of the NZARH in the Education Act Review

Our primary interest in this submission is in addressing the harms that the current regime of Religious Instruction is having on the educational outcomes of children. About 40% of state primary schools run a religious instruction program.

The very first Education Act in New Zealand established a system that was free, universal and secular. The education act is specific about education being secular based on the principle of separation of church and state; that the state should not be seen to endorse or promote any particular religion. In 1964 the secular principle was undermined with a clause introduced into the Education Act that would permit religious instruction outside school hours. This clause was the only one retained in the Education Act of 1989. We seek repeal of this clause, as we believe it is inconsistent with the New Zealand Human Rights Act.

Does religious instruction aid the objective of  ensuring all learners reach their highest possible standard of educational achievement?

According to research we have performed with schools we found that in 2013 there were about 800 state primary schools who ran some form of religious instruction during what are usually school hours, making use of the ‘Nelson Clause’ in the Education Act allowing for religious instruction when the school is ‘closed’.

Religious instruction involves closing the school early or starting later on one day a week by half an hour. This equates to the loss of 20 hours of educational time over a year for each student that could have been used for educational purposes.

Review of the curriculum of these religious instruction programs by Paul Morris, Professor of Religious Studies clearly shows that these programs involve evangelism rather than education about religion. It is almost exclusively Christian theology, and is taken by volunteers from local churches.

Clearly reducing the amount of time available for education of children will not be beneficial for educational outcomes. Additionally the religious instruction can undermine important values. The New Zealand Curriculum emphasizes critical thinking as a core value, yet children in religious instruction classes are not encouraged to think critically about what they are told.

If the objective of our education system is to provide the best education possible it is clear that religious instruction is not advancing this goal, rather undermining it.

While teachers do not need to be present during the religious instruction classes, and in fact cannot be compelled to attend, they are still paid for the time that religious instruction is conducted. Therefore, for 40% of state primary schools teachers are getting a half an hour free time each week. Some teachers see this as a welcome break. However it is one that is costing the tax payer.

Increasingly this is also becoming a legal issue, with various actions being taken against the Government and schools over discriminatory school practices. It is costing the tax payer money to defend religious discrimination and harms to children. We believe that the Government should be defending Human Rights rather than conducting a costly and ultimately futile attempt to defend the indefensible.

We would like to ensure that schools are safe and welcoming for all children, that they are inclusive. We are concerned that religious instruction is supporting exclusion and intolerance. The state is supporting one specific religion by proxy. Essentially the Government has given school boards the right to decide for themselves which religion to promote. The majority religion is given exclusive access, which is almost universally Christian.

The point of human rights legislation is to protect the minority from the majority. It is therefore no more appropriate for school boards to be choosing which religion to support than it would be for the Government of the country to support a specific religion.

The Human Rights Act makes it clear that there should not be discrimination based on race, gender, religion or sexual orientation. Sadly the Education Act itself allows school boards to do exactly this; to endorse a specific religion and to give it special access to all children regardless of parents beliefs and without parents consent.

The situation is made plain if we were to replace religion with politics. Imagine the schools being given the right to choose which political party had access to children. Imagine that schools closed early so that politicians could come in and instruct the children in their particular political party. There is no way New Zealanders would stand for such a gross violation of our rights. But for some reason it is acceptable for religion to do the same.

Schools punishing children for opting out.

A number of schools have punished children who were opted out. Punishments included picking up rubbish around the school, stacking chairs, doing staff dishes, and other demeaning tasks that discouraged opting out. Even the ‘standard’ approach of supervision in a corner of a space such as a library is making children feel they have done something wrong and are being punished. Social exclusion at this age is a powerful method of punishing children.

Schools have no legal requirement to inform parents of religious instruction programs. They can include a child in a religious instruction program without informing or gaining permission from parents to include their child. This means that children from minority faiths can be included in classes without the knowledge of parents. Often the first that a parent knows about these programs is when children come home telling them all about the religious doctrines they have been told. There is a lack of a basic informed consent requirement around religious instruction. While some schools make efforts to address this concern it is by no means mandatory under the Education Act.

Even when parents become aware of the religious instruction program and write explicit instructions to the school opting their child out many schools fail to respect the wishes of the parents. It is common for schools to insist on opt out letters be sent periodically, in one case every week, more commonly every term or every year.

Parents who opt out have been excluded and ostracized from school events as a result. Some parents who were identified by the school became targets in their small communities, and in a few situations were forced out of the community due to the bullying. In one case this year a school discovered that a group of parents were going to oppose religious instruction and infiltrated their group to identify and threaten the parents concerned with public condemnation.

Personal faith is a private matter. By attending a school that runs a religious instruction program the parents will need to identify themselves as not belonging to the majority religion in order to opt their children out. It forces parents to identify their religious views, and therefore open themselves to discrimination. The result is that parents are coerced into allowing their children to addend religious instruction in order not to become targets.

When applying for a job we do not request information about peoples faith. We are obligated by law not to discriminate based on religion. But in schools we force parents to identify themselves as a minority. In small communities this leads not only to children being excluded and ostracized, but parents suffering from being socially excluded and suffering financial harms, such as putting their employment in danger.