Religion as a Weapon 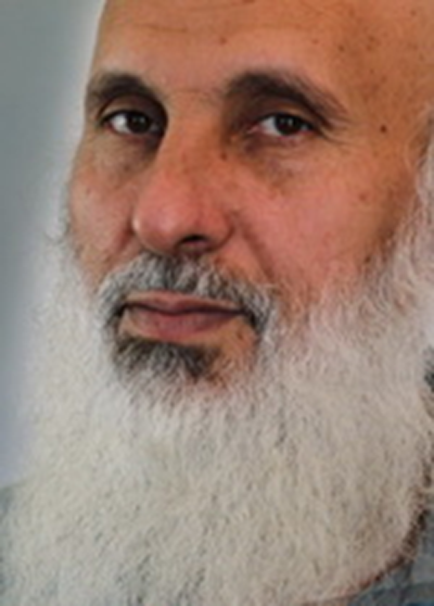 Last year we saw Islamic State of Iraq and the Levant (ISIL) begin a deliberate campaign of terror. While countries like Saudi Arabia have used beheading as a execution method what they didn’t do was film it and use the material in a public relations campaign. Westerners captured in Iraq and Syria were displayed, read propaganda speeches, and then executed in the most graphic way possible. James Foley, a journalist was first, followed by Time magazine journalist Steven Sotloff, humanitarian aid worker David Haines, French citizen and mountaineering guide Hervé Gourdel and British humanitarian aid worker Alan Henning.

In February 2015 a five-minute video was published showing the beheading of the captives on a beach along southern Mediterranean coast. A caption in the video called the captives the “people of the cross, followers of the hostile Egyptian Church”.

In the video one of the killers in camouflage declared in North-American English “Oh people, recently you’ve seen us on the hills of Al-Sham and on Dabiq’s Plain, chopping off the heads that had been carrying the cross delusion for a long time, filled with spite against Islam and Muslims, and today we… are sending another message: Oh crusaders, safety for you will be only wishes especially when you’re fighting us all together, therefore we will fight you all together until the war lays down its burdens and Jesus peace be upon him will descend, breaking the cross, killing the swine. The sea you’ve hidden Sheikh Osama bin Laden’s body in, we swear to Allah we will mix it with your blood.”

Other atrocities include burning a Jordanian Pilot alive, the massacre of Christians, the systematic enslavement and rape of women, killing children, throwing homosexuals off tall buildings and the destruction of irreplaceable ancient art and the burning of ancient documents.

To enumerate in detail all the crimes of ISIL here would be both extensive and redundant as there has been significant coverage of these events in the media already. However, we need to better understand these events in context. The knee jerk reaction has been to send in the troops, with New Zealand contributing our own forces. Exactly what these forces will do once is not known, as after more than ten years of occupation Iraq is further away from peace than ever. Are these the actions of a cabal of irrational religious ideologues hell bent of death and destruction for its own sake, or is there a colder more rational influence behind it?

Atrocities are nothing new. They happen all around the world all the time. Even our ‘friends’ like Saudi Arabia carry our beheadings of those convicted of crimes. In fact ISIL has adopted the same legal system as Saudi Arabia. And while mass killings are certainly reprehensible they are not on the scale of the Rwandan Genocide. It is the way they have been promoted online has made it feel very personal and close by.

What has been different about ISIL was the way in which they delivered images of these atrocities around the world. These videos are by no means amateur productions. They have been very carefully produced and stage managed. The messages being delivered have been carefully designed. Both the messages from the captives and those committing the murders are playing roles in a carefully produced piece of propaganda. It bears disturbing similarities to the propaganda machine of another tyrannical regime of the not too distant past.

This machine has been all too effective in attracting people from around to world over its borders. The disenchanted and disenfranchised are all to easily enamoured by a organisation that they perceive is standing up to their oppressors. Even from countries like New Zealand we have seen a small number travel to Syria to join ISIL.

Unlike other groups ISIL have spent significant effort and resources in developing propaganda capability. The have a active social media program to recruit those in the West. Can we explain ISIL as simply extreme religion, or is there something else going on?

The strategic plans for the take over of a large area of Northern Iraq and the establishment of a Islamic caliphate in Syria was masterminded by Samir Abd Muhammad al-Khlifawi, a former colonel in the intelligence service of Saddam Hussein’s air defence force. He was killed in gun battle in January 2014, but not before writing detailed strategic plans for the leadership of ISIL based on his experience in Saddam’s military. This included surveillance, espionage, murder and kidnapping.

What al-Khlifawi committed to paper was the strategic blueprint for a takeover. His documents did not contain religious references, but rather a technical and exact plan for establishing a Islamic Intelligence State, a caliphate that would resemble the worst police states. His strategy has been followed closely and successfully by ISIL leadership despite the death of al-Khlifawi.

Al-Khlifawi believed that fanatical devotion to Islam alone was not enough to achieve victory. However, he knew that the faith of others could be exploited. In 2010 al-Khlifawi and a small group of other former Iraqi intelligence officers made Abu Bakr al-Baghdadi the leader of ISIL. They reasoned that as a educated cleric Baghdadi would give ISIL religious authority.

And so we find the reality is that the seeds of ISIL were a disaffected Iraqi colonel and fellow officers who had lost their jobs, been imprisoned, and given the opportunity to use religion to re-establish authority. They took full advantage of fundamentalist Muslims who felt threatened by the West and their ideas of freedom of belief and human rights. As with other times in history people seeking power have taken advantage of religion for their own selfish purposes. These people were not seeking paradise in the hereafter, they were seeking power and authority on earth.

This may have been their intent, but a new breed has taken over. Al-Khlifawi is dead and ISIL has been inundated by new religious recruits, and so what was once a cynical ploy to establish control and authority for men who cared little about religion is now lead by genuine religious fanatics. Fanatics who have had an education in terror from those who knew it best.